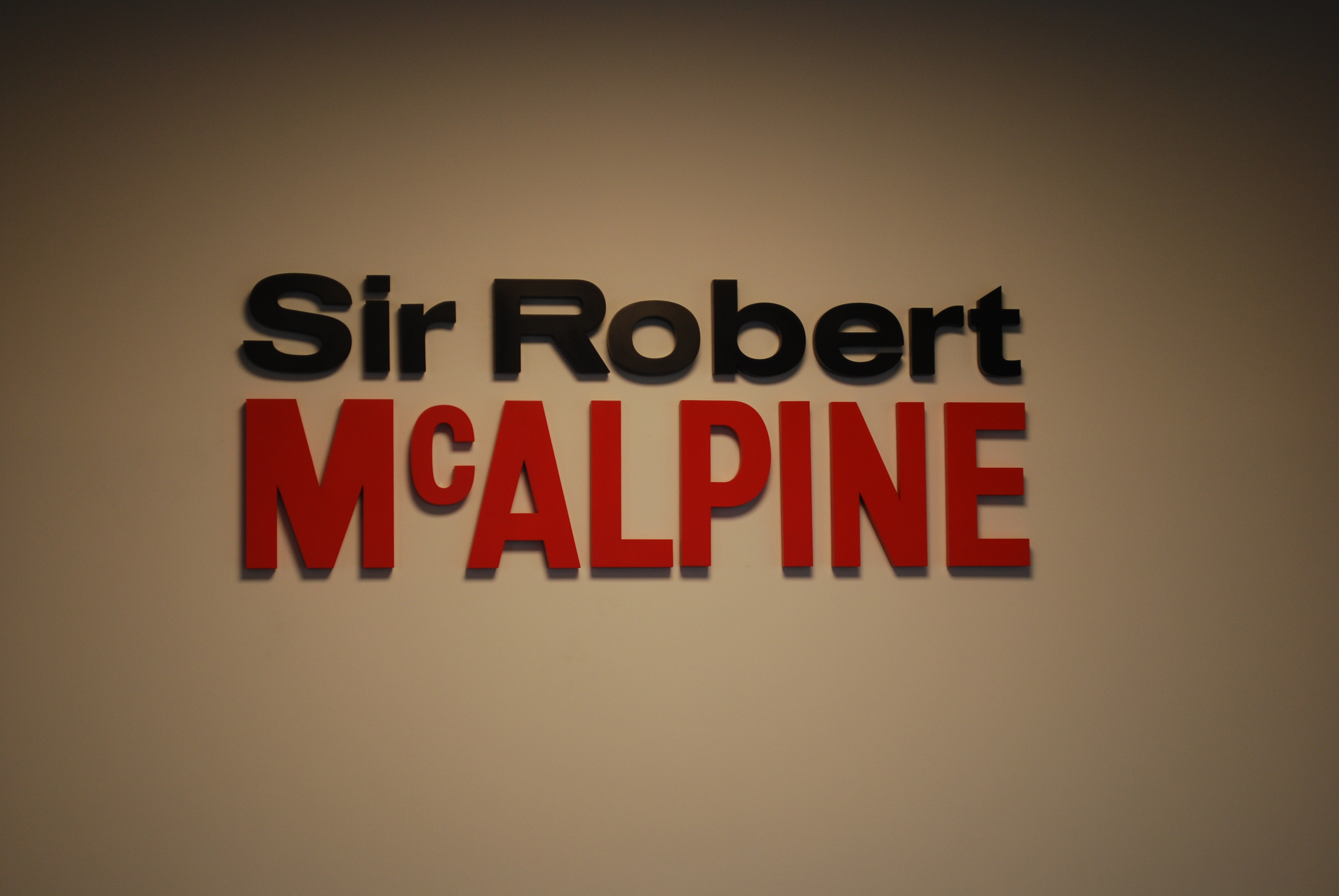 Sir Robert McAlpine Ltd is one of Netcom’s long standing customers. This relationship has been growing since 1996 when Netcom were brought in to assist on the first of the London Excel projects as well as the Millennium Dome in 1998. Since then Netcom has been the main supplier for all site service requirements relating to ICT including structured cabling and AV.

In 2012 we were asked to provide design support for the refurbishment of the McAlpine head office in Hemel Hempstead. We were of course more than happy to assist with the project. After a few months of working on various design options we were awarded the project based on design and price along with our flexible approach to the customer requirements.

As well as projectors and screens Sir Robert McAlpine wanted a video conferencing kit that would let them be in contact with other McAlpine sites and suppliers. 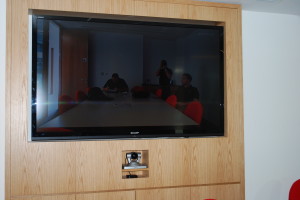 To accommodate the company’s requirements to be able hold video conference sessions with other team members from other regions we suggested the Sony product range as a system that would work well for them. The Sony VC products have since been rolled out throughout all regions.

The full requirements were:

Sir Robert McAlpine required a video conferencing unit that was able to give their sales team and colleges the freedom to contact the main office at any time a meeting is required whilst cutting down on the need to travel.

Netcom understand that they wanted to make their meeting rooms more effective system and more greener.

Netcom installed the TV on a wall bracket with the Sony camera in the unit. The controller and voice detector was placed on the Meeting desk. 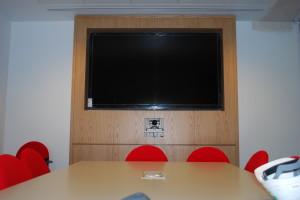 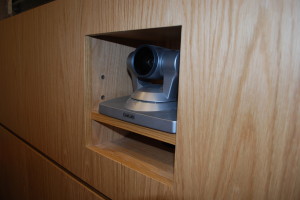 The Sony microphone was placed in the centre of the meeting room desk so that everyones voices would be picked up and distributed. We also made sure that the camera would fit everyone in that was in the meeting room. 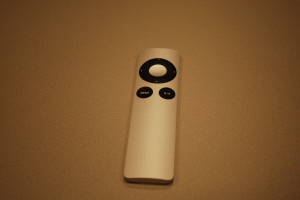 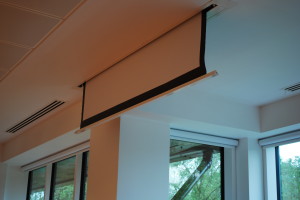 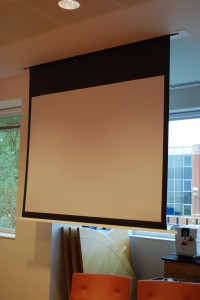 The option to install a new Onelan digital signage system within the main reception was a must. Netcom are approved suppliers and installers of Onelan systems, we in fact install at least one system at all Sir Robert McAlpine sites to allow simple and effective H&S notices to be distributed at all times. 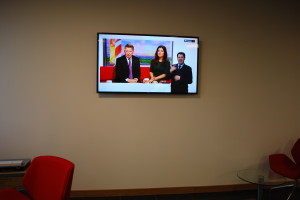